Ski touring locations in Kosovo are many, here is the verdict from a french mountain guide.

It is rough and it is a long way to the cabin, but there you are alone with the mountain. This is the place we are going to call ”The Gacaferi Ski Touring Playground GSTP”, visited recently by Shams Eybert-Berard, the French high mountain guide from Grenoble, France. He is visiting The Balkans, with his lovely wife Charlotte Villez. Charlotte is herself on the way of becoming a certified hiking guide and a very good skier. They are together in the region to have a taste of rough winter and the offer of the native mountains and the people.

This ski touring location is on the border between Kosovo and Albania above the small town of Deçan. The place is difficult to access, but once you get there the place offers wilderness, easy skiing and open views of Mountains without lifts and noise. Shams (www.shamsguidemontagne.fr) our french guide thinks this place is better than the Korab ski touring experience which has gained in popularity. 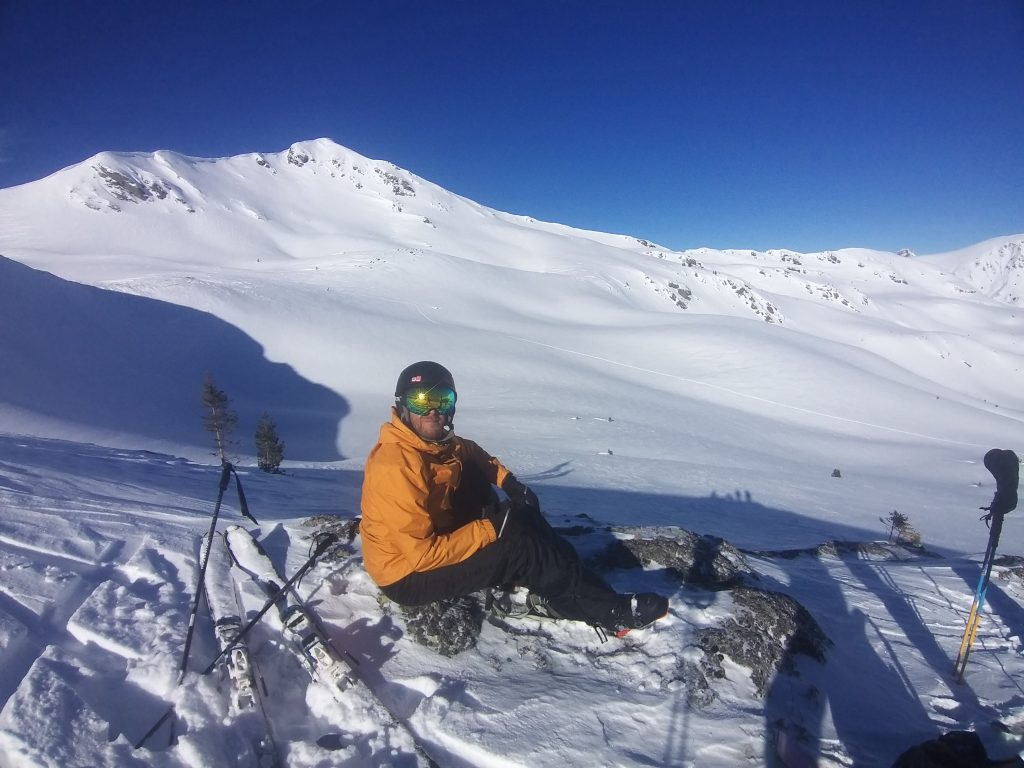 “It is better than Korab. It is a nice playground with many possibilities to ski”, he says while pointing at many ridges and peaks that surround this place. “For wilderness, this is the number one place in Kosovo”, he adds.

The GSTP, in deep winter, is very hard to access, after some 10 kilometres of drive from Deçan in deep winter one needs some 6 kilometres of ski touring to get to the Cabin. The guest house is very basic, but with heating and cooking equipment. Three bedrooms each with two beds or one double bed.

If not organised in advance the whole equipment and the bags have to be carried on your back. Once there, the serenity overwhelms you and the powder snow covers everything. From the Cabin after three kilometres of ski touring one gets to a wide-open space with many possibilities of skiing.

When on top of the ridge the view opens to the Accursed Mountains in Albania, Montenegro and Kosovo itself.

The Gacaferi Ski Touring Playground (GSTP) located in the Accursed Mountains above Deçan is one of the places visited by Shams. In competition with Hajla and Sharr Mountains, he classifies this place as number one for wilderness and the easiness for skiing, second for general evaluation and number three for accessibility. 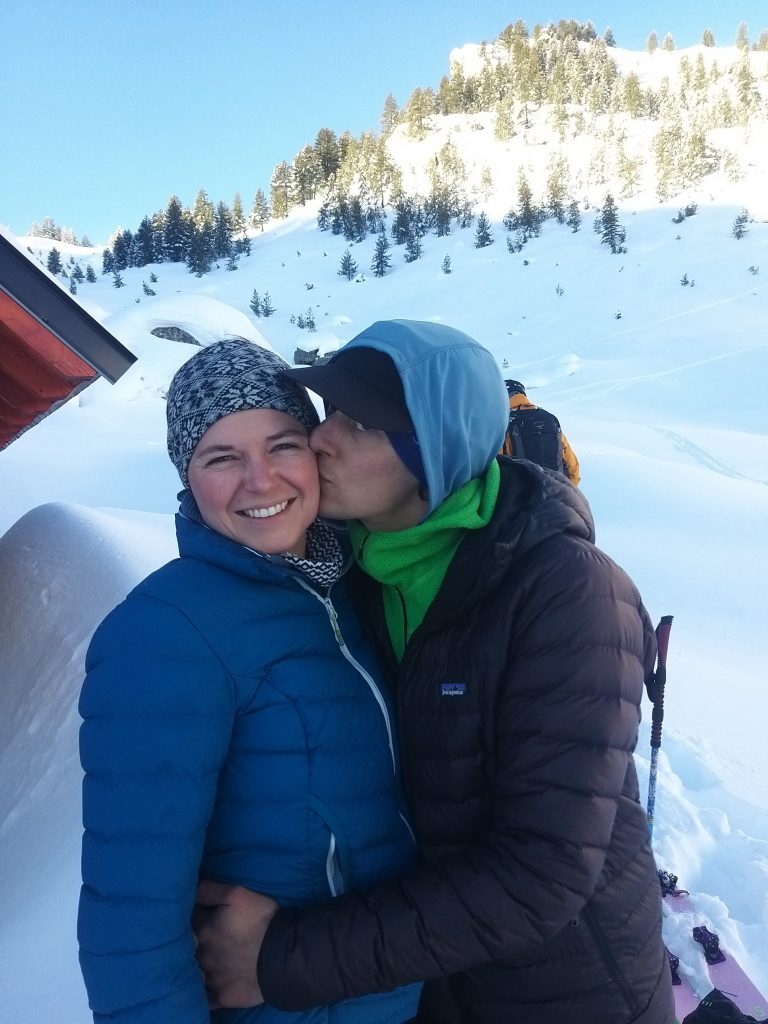 Hajla the accursed mountains above Peja

The Hajla Mountain is a long ridge marking the border between Kosovo and Montenegro west of the city of Peja. This ski touring location in Kosovo also offers the possibility of ski touring. Hajla, compared to GSTP, has better access. One can drive to the village of Pepaj, Reka e Allages or Koshutan and start climbing there. All these villages offer guest houses in fairly nice conditions.

To access Hajla from these villages is easier but one loses some of the wilderness of the place. Another way of enjoying this mountain is sleeping in the Era Group Guesthouse which is higher than the village of Pepaj. However, while this will improve wilderness it will make the access complicated.

For Shams Hajla ranks third for ski touring and second for access and ease of skiing.

Sharr mountains are the most popular destination for skiing and ski touring in Kosovo. They can be accessed from three points, Brezovica, Prevalla and Brod village Dragash region. They are older mountains this is why they are curvier and open.

Most of the tours related to skiing in Kosovo are based here, while for ski touring the most popular are mountains next to Prevalla. The location offers easy access and there are no lifts to spoil nature. Sharr mountains divided between Kosovo, North Macedonia and Albania are home to many ski resorts. Other than Brezovica in Kosovo there is Mavrovo National Park and Popova Shapka in North Macedonia.

Shams Sharr Mountains in Kosovo ranks number one for ski touring, number two together with Hajla for Wilderness and number three for easiness of skiing.

Kosovo is a good place to go ski touring. One can visit all three locations in a week. you can check also ski touring Kosovo 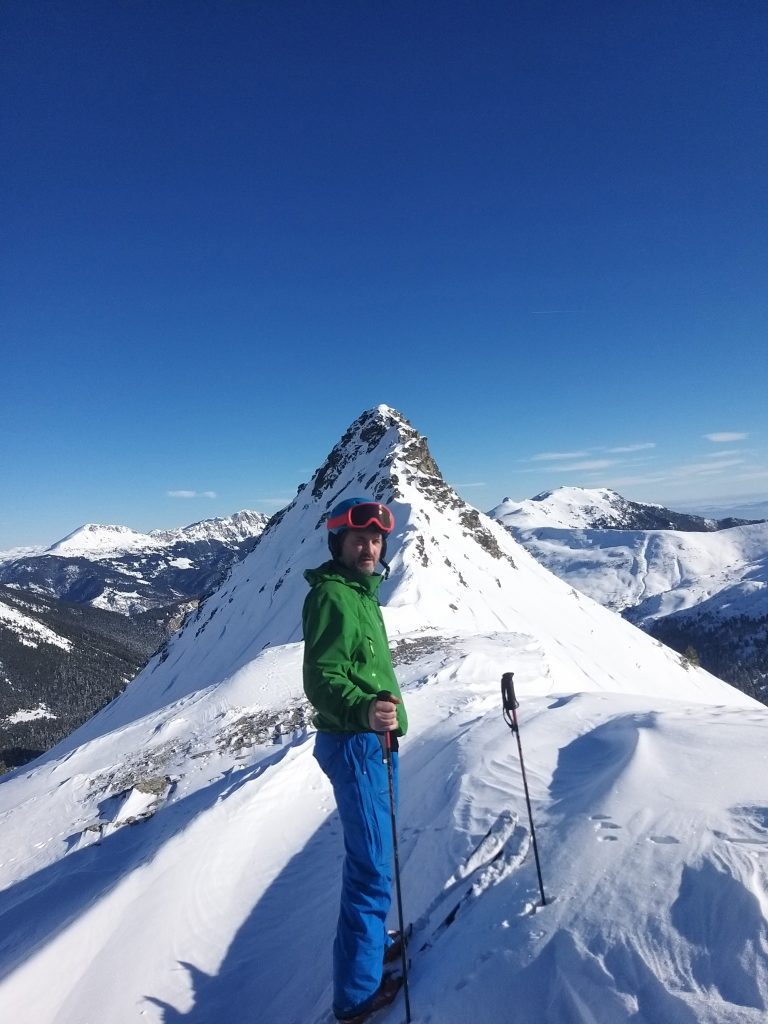