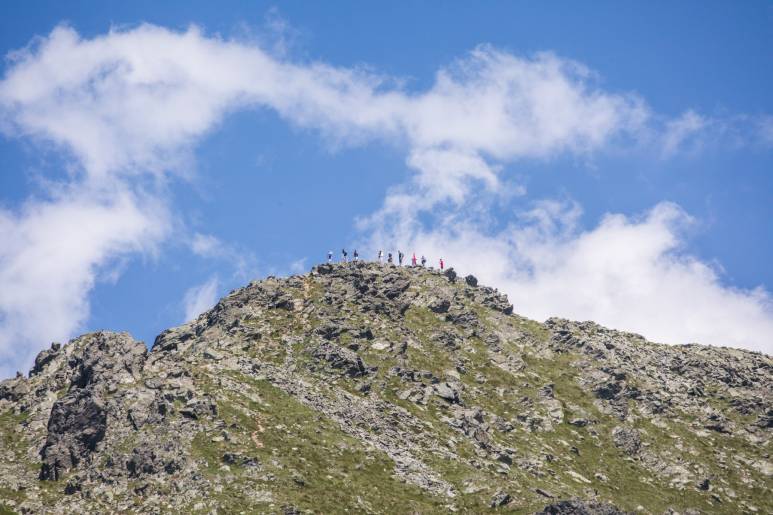 Balkan Natural Adventure has conducted a poll with nature enthusiasts and mountain associations in Kosovo and the results are here: What are ten best mountain peaks in Kosovo. The poll has been conducted in a way that respondents have been asked to rant the peaks based on their experience to hike them. The ranking has been made based on number of respondents who have chosen a peak to comment and the rating they have got.

This is a mountain peak in border with Montenegro with 2381 meters. Photo It is a very nice climb with a view on Kosovo and Montenegro. It belongs to the Accursed Mountains, and it can be climber from Peja and From Rozaje Montenegro. It is not included in any of the international hiking trails that ho through Kosovo or Montenegro. Foto

This is a mountain that may become a ski resort soon. It is situated just above Peja with 2…. meters of altitude. It is close to the border with Albania thus during the communist era in Yugoslavia it was almost a no go zone for hikers. You could hike there only with a special permission. Still on these days there are signs of tracks used by the army patrolling the border. It can be climbed from Peja. Altitude 2413

This is the highest ranked peak of the Sharr Mountains of Kosovo in border with Macedonia. Hikers with GPS devices had a campaign to announce this as the highest mountain in Kosovo, which is also according to some of the maps, however officially this was not considered as the highest Mountain in Kosovo in even in Yugoslav times. This is also what you will find in some wikipedia articles but there is no quotation for this. It is as high as 2650 meters. Other references to Maja e Njerit is Rudoka. Rudoka in summit post

Its a peak that can be climbed from the town of Junk in Western Kosovo. It belongs to the accursed mountains, and the hiking team of the town holds the same name. It is 2305 meters high in the mountain ranges between Kosovo and Albania. It sits next to Gjeravica mountain with some 300 meters lower. Photo

This mountain is also part of the Sharr Mountains in the south of the country. It is a long crest in border with Macedonia. It can be climbed both through Berzovica ski resort and from the city of Ferizaj. It is a beautiful panorama when you drive in the road from Prishtina to Skopje. It is 2498 meters high. Wikipedia

Another mountain peak of the Sharr Mountains at 2609 meters high. It is located between Brezovica and the city of Prizren. It is part of the mountain ranges that separate Kosovo and Macedonia, and it can be climbed from the both sides.

Guri i Kuq is a peak with two different faces: one very sharp looking at the city of Peja and other at a angle nice to be climbed. It is on the side of the Peaks of the Balkans trail that goes through Kosovo Montenegro and Albania. Kuq in Albanian means red which comes from the reddish forms of the rock in the mountains. it is 2522 meters altitude.

Hajla is part of the Peaks of the Balkans trail. It is a beautiful crest that is climbed from two villages of Rugova, Reka e Allages and Pepaj. With its 2403 meters Hajla is the borderline between the city ofPeja, Kosovo and city of Rozaje, Montenegro. Its a rocky crest with a steep fall on the Montenegrin side and a meadow full of blueberries in the Kosovo side.

Gjeravica is the highest mountain in Kosovo surrounded by glacial lakes. It is also home of the source of the river of Erenik that goes through Junik and Gjakova. Though not initially included in the Peaks of the Balkans trail, now most of the people divert and include this. IT is part of the Via Dinarica trail. its 2656 meters high.