Kosovo Cultural Sites in one week

A week long tour in Kosovo offering some of the best cultural sites of the country. Join us for this tour which can also be adjusted to your taste, and include some of your own highlights.

Prizren the cultural capital of Kosovo with temples of three different religions in one same street. best preserved ottoman city in Kosovo under an ancient forteress.

UNESCO World Heritage sites with some of the most beautiful frescoes in the world, including Decan Monastery.

The Rugova Gorge and the Accursed Mountains home to some of the best hiking trails in the world. Climb Via Ferrata to get the best views in the country.

Visit the sites where myths were born and influenced the present history of Kosovo still in the making.

Day 1: Arrival at the airport, transfer to Prizren.

After your arrival at the airport, a transfer will take you to Prizren for a traditional dinner and accommodation in a 3 star hotel.

Prizren is one of the oldest cities in Kosovo. Once it was the capital of Kosovo and an important Ottoman trading town. Prizren contains holy sites for Muslims, Orthodox Christians and Catholics making it a key Kosovo religious city. Many people consider Prizren a capital of cultural Kosovo -both contemporary and ancient. This blend of the old and the new makes it one of the must-see stops while visiting Kosovo. As Ibrahim Rugova-First President of Kosovo said, “Kosovo is a small country but it also has a lot of riches that were granted to us by God.”

Rahovec is the wine region of Kosovo. The family that owns Eko Winery has produced wine in the valley since the 16th century. At Eko you will have a chance to taste the Chardonnay, Rizling, Vranac and Gamay organic wines.

The Sheh Emini Teqe (temple) was built in the 18th century. The Emini family is a sect of Shi’a Muslims who practice as Dervishes and use piercings to express their faith. Inside the Teqe you’ll see original worship rooms and the family’s turbë (tomb).

The Serbian King Stefan Dušan built Deçan Monastery in 1327. It is a key part of Kosovo religious life and an UNESCO World Heritage site. The monastery is one of the most ancient and pristine churches in Serbian Orthodoxy.

The 300 year- old Ose Osmanaj Kulla in Isniq is an example of the family Kulla (or Tower) found in the Dukagjin part of Kosovo. This unique piece of architecture provided a meeting place for families and communities.

Peja is nested in the Accursed Mountains providing an opportunity for natural Experiences. A 650 meters zip line and a Via Ferrata are there to amaze you with wonderfull views.

You can continue the visit with Patriarchate of Peja, nestled in the Rugove canyon and built in the 13th century. It is a central part of Kosovo religious life and a UNESCO World Heritage site. The Monastery is one of the holiest sites of the Serbian Orthodox church. It is an essential stop when visiting Kosovo.

The Prishtina City tour starts at the Newborn monument in the city centre. Newborn was built to celebrate the independence of Kosovo in 2008. First is was bright yellow, every year during the independence celebrations they give the monument a new theme representing issues and priorities for Kosovo. It represents the birth of Kosovo, cultural Kosovo and the artistic and intellectual life of Prishtina.

Across the street is the Heroinat (Heroines) monument in honour of the women who experienced rape and violence during the war. While visiting Kosovo you’ll see many monuments to the war but this is the only one specifically for female victims of rape.

Skenderbeg square is the centre of Prishtina. In addition to the statue that commemorates Albanian national hero Georg Kastriot Skenderbeg leader of the Albanian uprising against the Ottomans in the 15th century, it also has the National Parliament, the Main Federal Government building and the National Theatre.

The National Library was built in 1982. (In)famous for it’s unique Brutalist architecture, it was once named one of “ the ugliest buildings in the world”. Now it has the love it deserves as part of cultural Kosovo. The domes on top represent the Plis, the white, felt cap that is part of the national costume of Kosovo.

The Graçanica Monastery is one of the oldest buildings in the Kosovo religious sphere. A centerpiece of cultural Kosovo, the Monastery was built in the 14th century. Inside, the paintings and icons are stunningly preserved. Look straight up and you’ll see the face of Christ in the topmost dome enigmatically smiling down at you.

The Sultan Murat I Turbe is the only Ottoman Sultan’s turbe that exists outside of Turkey. The Sultan was killed just as the battle of Kosovo Field was finished when he was inspecting the Plain. It is a pilgrimage site for many including Turks and Roma.

The Adem Jashari Complex in Prekaz commemorates the life the UÇK founder and commander Adem Jashari. The Serbian police slaughtered him with 13 members of his family and 58 people overall in 1998. Their sacrifice brought Albanians together in the fight against the Serbs.

Mitrovica is famous for being one of the most contentious cities in Kosovo but is now safe. The famous “Peace Bridge” separating the city is still the one place in Kosovo where there is an obvious physical border between Serbs and Albanians. Here you can sit on the bridge and take in the view over the Ibar river.

The Gazimestan monument – built in 1953 to honor the soldiers who died at the battle in 1389 and all of the Serbian soldiers who died in battle till World War II. This imposing stone structure was also the scene for Slobodan Milosevic’s 600th Anniversary speech in in 1989 that launched a decade of war and genocide across the Former Yugoslavia. 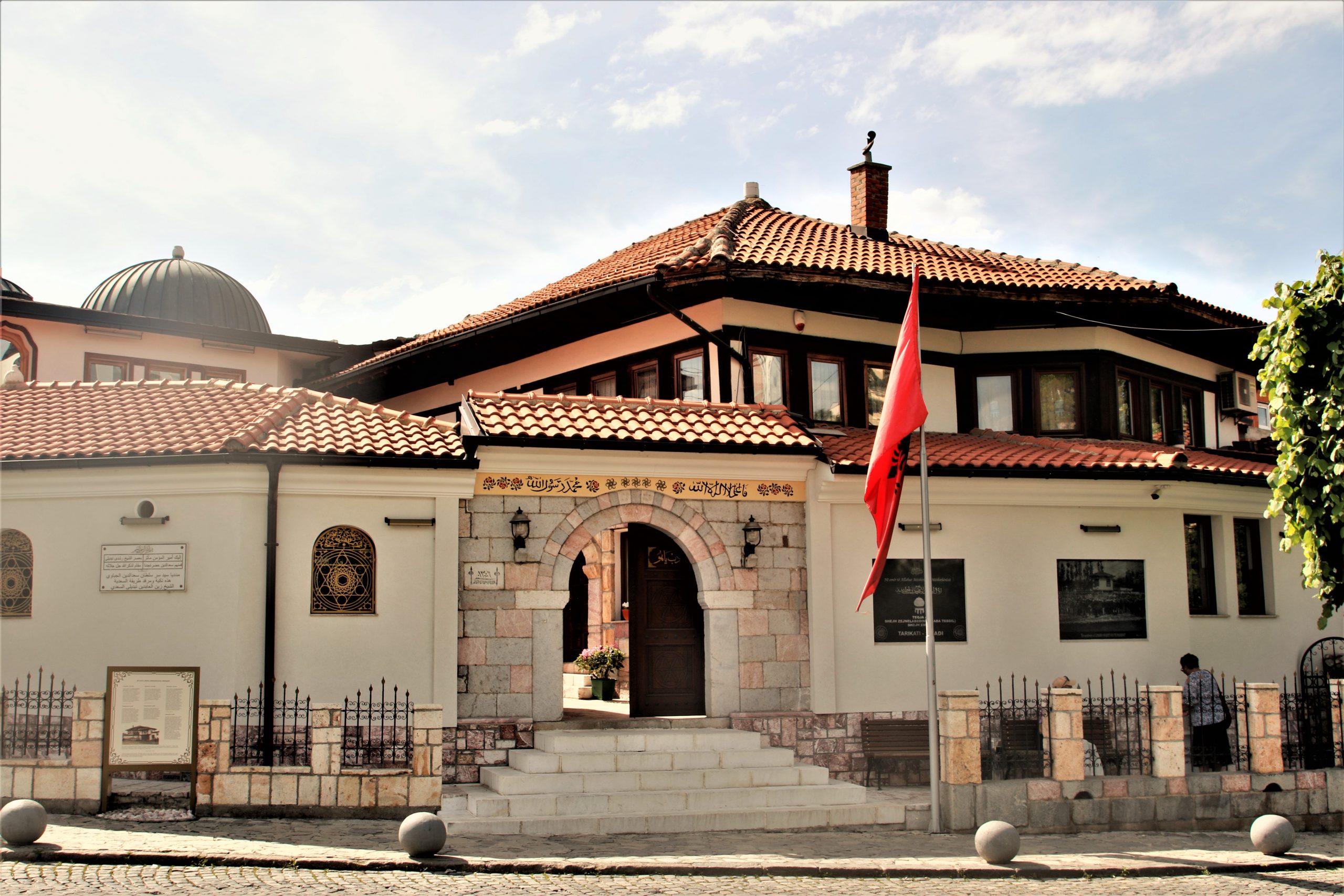