This Kosovo UNESCO cultural tour including Peje, Gjakove and Prizren will offer you the best parts of these three beautiful cities including Kosovo’s wine capital Rahovec. Three UNESCO world heritige sites will make it well worth it.

You will start the tour in Prizren, one of the oldest cities in Kosovo. It has roots that reach back to the Roman period. Once the capital of Kosovo, it was built around the Lumbardhi river and is tucked underneath the Sharr mountains. Prizren contains holy sites for Muslims, Orthodox Christians and Catholics making it a key Kosovo religious city.

Prizren is home to The Sinan Pasha Mosque near the historic Shadarvan square in Prizren (1600); The Shad Mehmet Hamam (1563); the Orthodox church Our Lady of Lejviš (UNESCO from 13th century) on the site of a Byzantium church, that was itself built on the site of an Illyrian temple.

The League of Prizren complex is where the Albanian leadership came together in 1878 to launch the Modern Albanian independence movement, which crushed as an uprising event but continued as an idea: “ The League may have crushed but its ideals continued to exercise a powerful influence on Albanian intellectuals for decades to come,” according to historian Miranda Vickers.

Secondly, you will drive to Rahovec, Kosovo’s wine capital. Kosovo wines benefit from 280 days of sun a year and the mineral rich soil that has developed for thousands of years. The family owned Eko Winery has produced wine in the valley since the 16th century. In the palette of wines dominates strong dry reds and white wines like German Riesling and French Chardonnay.

After that you drive to Gjakova, near Rahovec for a sleepover.

This day will start with a visit of Gjakova city including the incredible ethnological museum it has. You can also visit the Teke (optional). Then you will continue with a drive towards Decan to visit Decan Monastery (UNESCO World Heritage site) built in 1327.

From there you start driving to Peja with a stop in Isniq for a visit at the 300- year old Osdautaj Kulla in Isniq. This unique piece of architecture provided a meeting place for families and communities and it is what Kosovo is known for, especially in the Dukagjini region. Not many people get to see a living Kulla today.

When in Peja you start visiting the 15th century Bajrakli Mosque in the old Bazaar. This is one of the first mosques in there. The mosque still has one of the highest and oldest domes in the city.

Next, the visit continues in the Patriarchate of Peje nestled in the Rugove canyon. Built in the 13th century, it is a central part of Kosovo religious life and an UNESCO World Heritage site. Before continuing the road to the rest of western Kosovo you will visit the Rugova Gorge, a river carved rock formation. 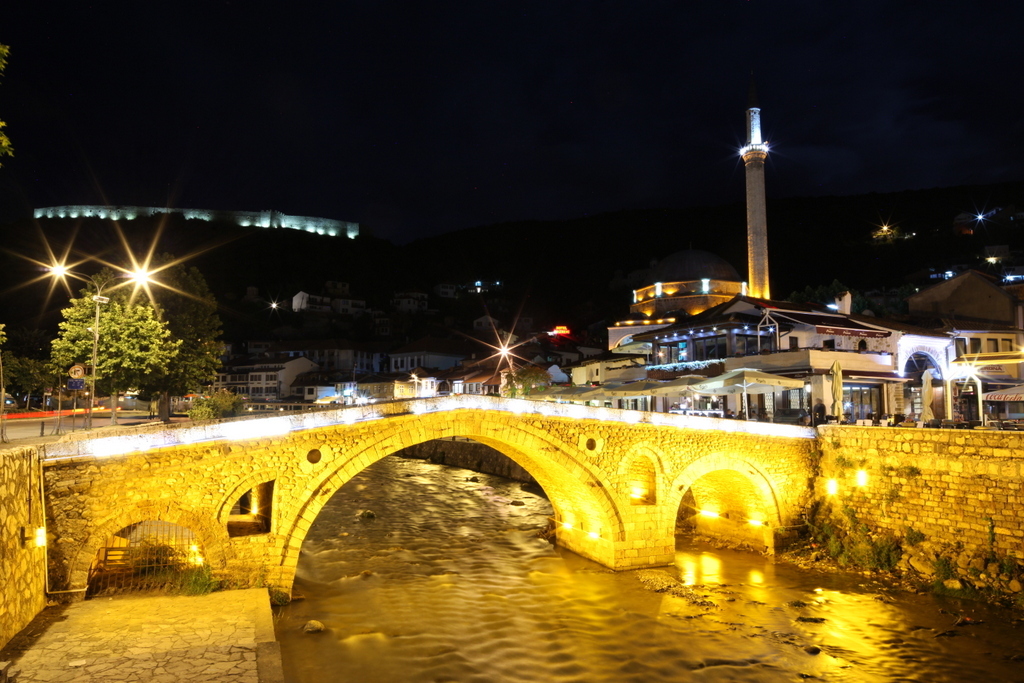 The city of Prizren