Enjoy The Accursed Mountains trails combined of steep valleys, canyons and gorges. It is Europe’s least explored region that gives you a range of feelings by being mixed of wild nature, landscapes, tradition and cultural heritage.

First, before starting your trip in The Accursed Mountains, you will arrive in the starting point which is Shkodra and accommodate in the hotel. Secondly, you will meet the guide and the group for a short briefing from 20:00 – 21:00 hrs.

Early in the morning,a private transfer will pick you up in your hotel for a two hour drive to Lake Koman. The ferry ride across the Lake Koman will leave you in awe as the ferry takes you through narrow, rocky cliffs and untouched mountains. Lake Koman is a reservoir created by a hydroelectric project in the 1970’s. The journey from Koman terminates in Fierze approximately two hours later. After that, you drive to your destination, Valbona. This valley is located in the heart of eponymous national park in The Accursed Mountains.

The walk from Valbona to Maja e Rosit or Rosin Vrh goes through the half deserted village of Kukaj. This is a very nice part and easy track. In the mid summer you can stop at a few village houses for a glass of milk or tea. The trail serpents through the canyon for several kilometers and it continues with a steep hike. Just before halfway, the trail enters a rocky terrain. Also, this part will be the start of open views.

As you go higher the view will open to Montenegro until you reach the peak to get the view in all three countries: Montenegro, Albania and Kosovo. Rosi summit, 2523 meters high, lies on the border of between Albania and Montenegro and offers stunning views over both of these countries.

Furthermore, Rosi mountain is especially interesting for botanists because many flowers such as the endemic Albania lily (Lilium Albanicum), orchids and many other can be found there.

Today you will do one of the most iconic Albanian hikes from Valbone, over Valbona Pass to the village of Theth. This route follows the the path of an ancient mule track linking the tribal regions of Shala and Nikaj. The hike goes through a narrow crest that gives a view in both valleys and in the most southern glacier in the northern hemisphere. After a difficult ascent, you will walk slowly in the track to get to the village of Valbona. You will be walking between the Catholic valley of Shala and the Muslim  valley of Valbona. The Albanian Catholics are descendants of pro Venetian Albanians living in the city of Shkodra. These are the most southern Roman Catholics in Europe as the divide between the Orthodoxy and Roman Catholics is Croatia. The Albanian catholic tribes have moved to these mountains to preserve their religion from the ottoman rule.

The Village of Theth is one of the most picturesque places in Northern Albania. Preserved by the wild nature and very bad roads, the village still has the kulla and other buildings dating back in middle ages.

The village is 100 percent Roman Catholic. Also it has the most unique structure in the world. Kulla e Ngujimit is a three story rock building  with no windows. It served as the self-imposed exile for people who were involved in blood feuds.

So, this day you will be walking in the village toward the waterfalls and naturally created “bath-tubs” of the river Shala. Overall, this is a short relaxing walk full of culture and natural beauties.

Finally, you will be transferred to the accommodation in Shkoder, where our trip in The Accursed Mountains finishes. 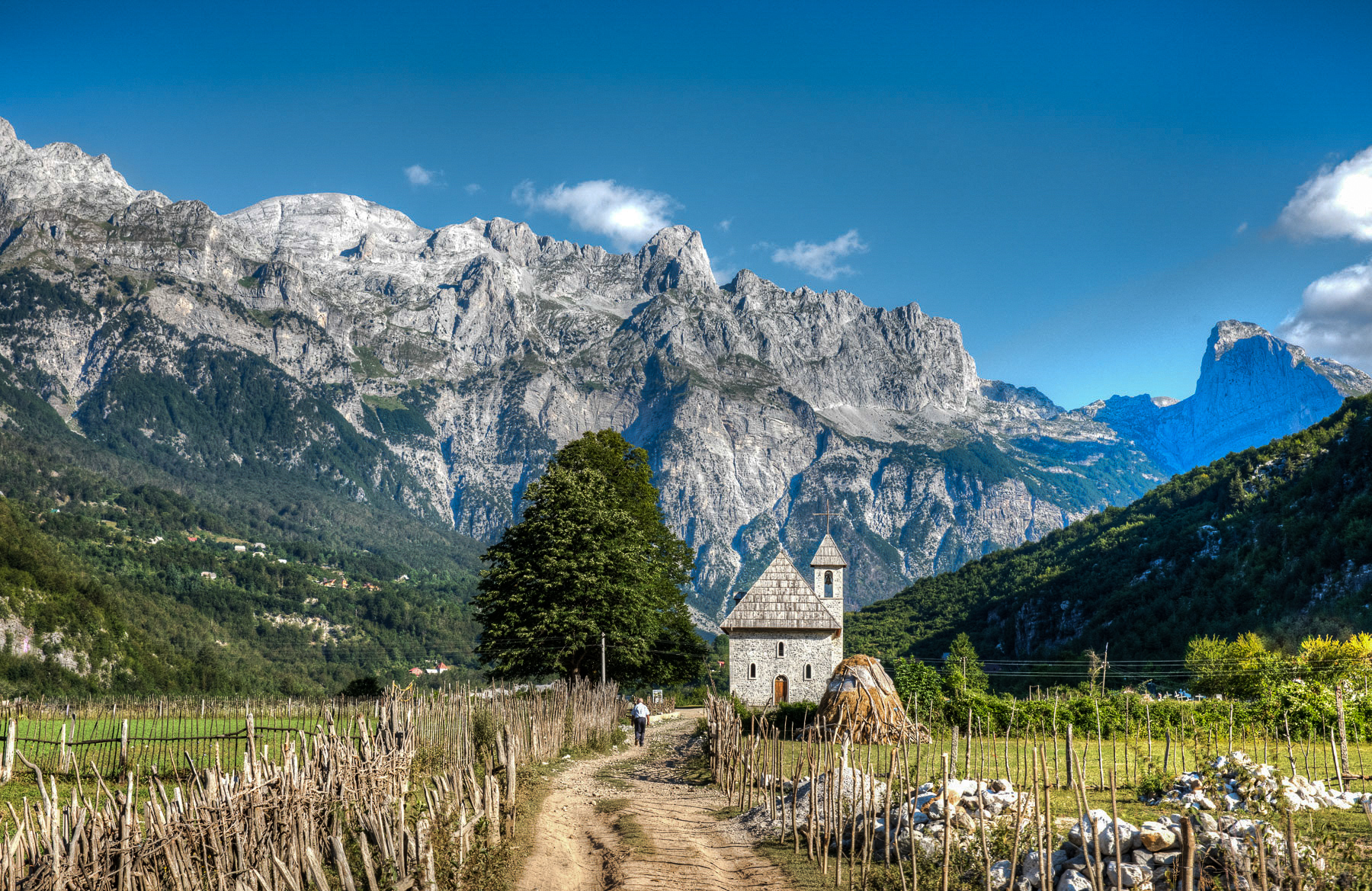