Hiking and siesta in the Accursed Mountains

Balkan Natural Adventure guides Arineta (Hike with Arineta) and Adriatik have led the first Peaks of the Balkans group in April in 2018. This was also the opening of the season not only for the company but for the mountains. This was the first tour that passed from Theth to Valbona this year. The road was bravely opened for Spanish visitors, who found time to take a siesta. A practise that both Adriatik and Arineta enjoyed – Here is their story. 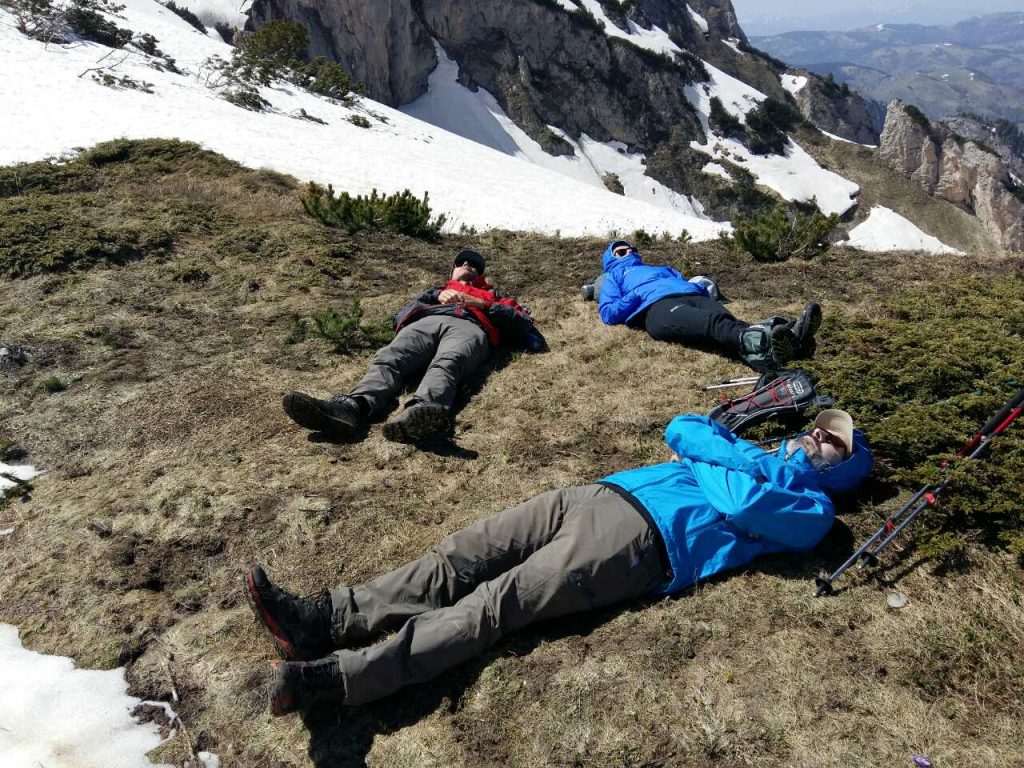 The hiking in Kosovo started in Reka e Allages with a climb in the Hajla Mountain, which continues to Drelaj. In a classical Peaks of the Balkans hike one would skip Hajla and walk in asphalt road.  BN Adventures has added the Hajla peak and cut the asphalt road from hiking. This asphalt is turned into a 20 minutes transfer, which was done the next day. 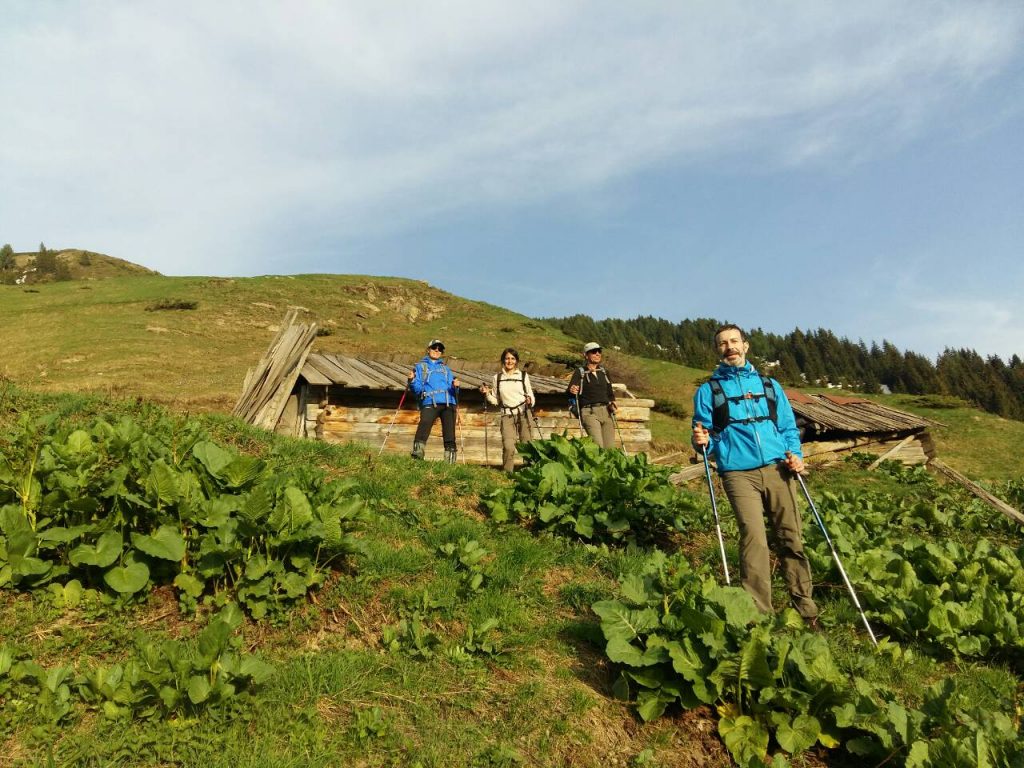 Fernando, Martha, Agatha, Daniel from Spain in Peaks of the Balkans trail.

The hike in Montenegro was an amazing mosaic, with patches of snow through the whole panorama. The glacial lakes were partly covered by snow but next to the woods the white was bringing out the green and creating incredible views. This hike passes through two glacial lakes, which also became the siesta location for the brave Spaniards: Daniel, Martha, Fernando and Agatha.

While hiking to Montenegro we were looking at the Hajla mountain. It became a reference point anytime we went out of the woods. On the way we had a view in the Mariash mountain crest and Veternik. To cross from Montenegro to Theth we chose to take a car in order to be ready for the Valbona pass. 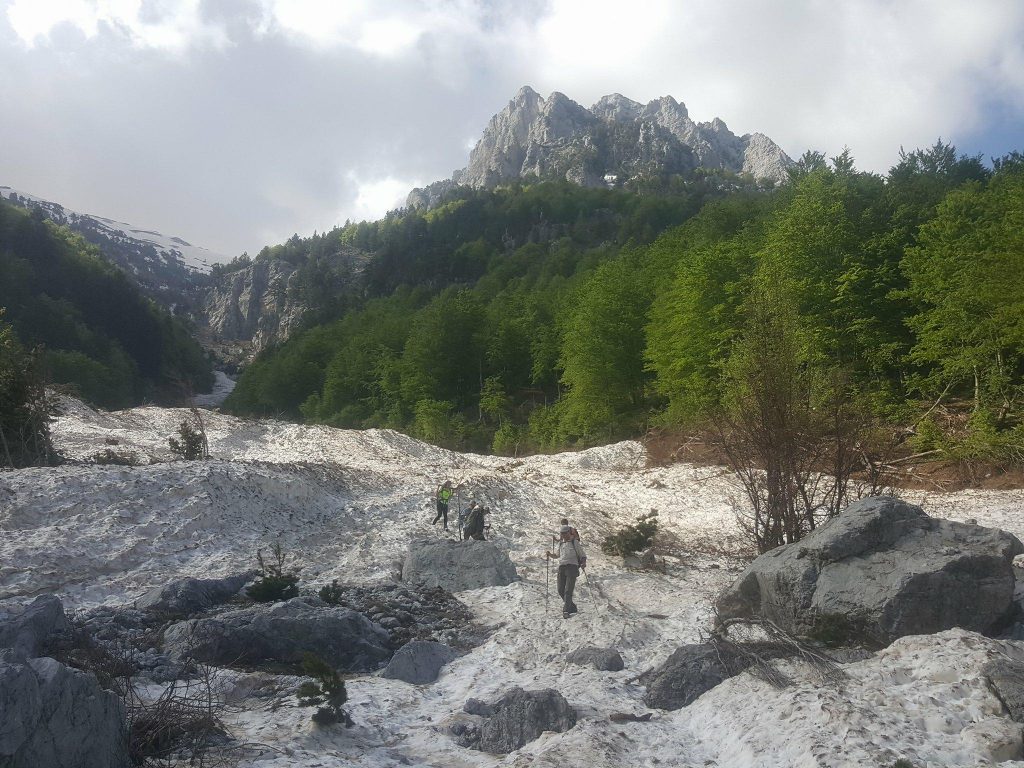 The snow had blocked the car road to Theth. We had to walk additional 4 hours to our host, the legendary Pavlin Polia. The host gave us a  warm welcome next to fire place. We sat to try the a traditional dinner that soothed our muscles tensed from the hiking. The discussion started in the mountains and ended somewhere in Catalonia.

We made an early start to get through Valbona pass. The snow had covered the road so we chose the trail through the remaining snow on the northern side. Adriatik used the rope to secure the guests and the other guide. The hike was slow and steady to reach the top of the crest. In front of us the Valbona valley with its beauty opened. I do not know for how many times I have seen this view but it always looks amazing. This is the first time we are doing a Peaks of the Balkans group in April. 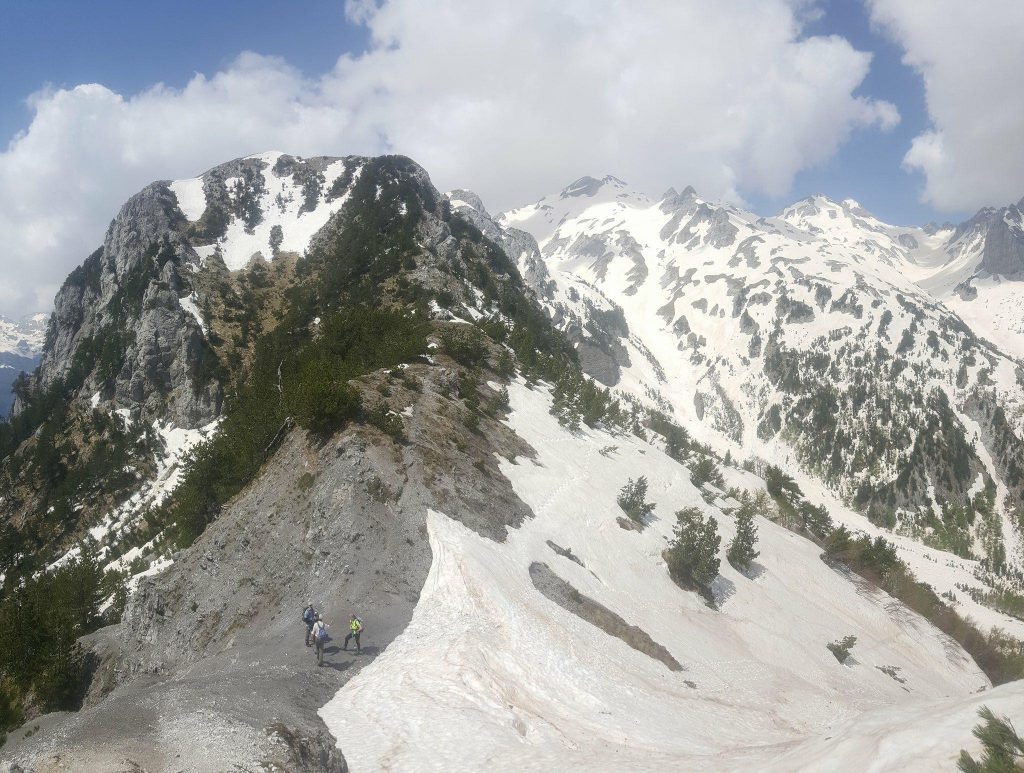 From this point one can see also the most southern glacier of Europe. At this time of the year, the glacier was covered by snow, making it difficult to see where it started and where it ended.

This was the first Peaks of the Balkans group in April, looking forward to the next one in mid May.

Balkan Natural Adventure is a Kosovo based tour operator offering different tours in the Balkans, concentrated in the Peaks of the Balkans and Via Dinarika hiking trips. The company aims at offering the best balance between quality and price for their clients worldwide.