This trip takes you to cultural sites of Europe’s youngest country. Kosovo is situated in the heart of Balkan and it is quite unexplored. Even though it is a small place, it holds a lot of cultural pieces and each one of them contains a wonderful history inside.

After your arrival at the airport, a private transfer will take you Prizren for a traditional dinner and accommodation in a 3 star hotel.

Prizren is one of the oldest cities in Kosovo. Once the capital of Kosovo and an important Ottoman trading town and is tucked underneath the Sharr Mountains. Prizren contains holy sites for Muslims, Orthodox Christians and Catholics making it a key Kosovo religious city. Prizren, Kosovo is considered by many to be a capital of cultural Kosovo -both contemporary and ancient. This blend of the old and the new makes it one of the must-see stops while visiting Kosovo.

Today, your way to Peje, you will stop for visiting the Decani Monastery, built in 1327, a key part of Kosovo’s religious life. Besides this, you will visit the Kulla in Isniq which is the best example of a family Kulla (tower) found in Dukagjin part. This unique piece of architecture provided a meeting place for families and communities. Then, you continue to Peja.

Patriarchate of Peja is nestled in the Rugova canyon and was built in the 13th century. It is a central part of Kosovo religious life and one of the holiest sites of the Serbian Orthodox church. It is an essential stop when visiting Kosovo.

The Sultan Murat I Turbe is the only Ottoman Sultan’s turbe that exists outside of Turkey. The Sultan was killed just as the battle of Kosovo Field was finished when he was inspecting the Plain.

The Adem Jashari Complex in Prekaz commemorates the life of the Kosovo Liberation Army founder and commander Adem Jashari. The Serbian police slaughtered him with 13 members of his family and 58 people overall in 1998.

Mitrovica is famous as the divided city of Kosovo. The famous “Peace Bridge” separating the city is still the one place in Kosovo where there is an obvious physical border between Serbs and Albanians. Here you can sit on the bridge and take in the view over the Ibar river.

The Gazimestan monument  honors the soldiers who died at the battle in 1389 and all of the Serbian soldiers who have died in battle till World War II.

Today after breakfast, you will start the tour at the New Born Monument in the city center of Prishtina. It was built to celebrate the independence day of Kosovo in 2008. First it was a bright yellow and every year during the independence they give it a new theme representing issues and priorities of Kosovo. Across the street is the Heroinat (Heroines) Monument. It is build to honor the women who were raped during the war. Not far from there, you will continue to Skenderbeg Square. Next, you go to the National Library. It was once names as one of the “ugliest buildings in the world”. Now it has the love it deserves as a part of Cultural Kosovo. The day ends with visiting Bazaar Mosque, the bazaar itself and Kosovo Museum.

If time promises you will visit the Gracanica Monastery. It one of the oldest buildings in Kosovo religious sphere. 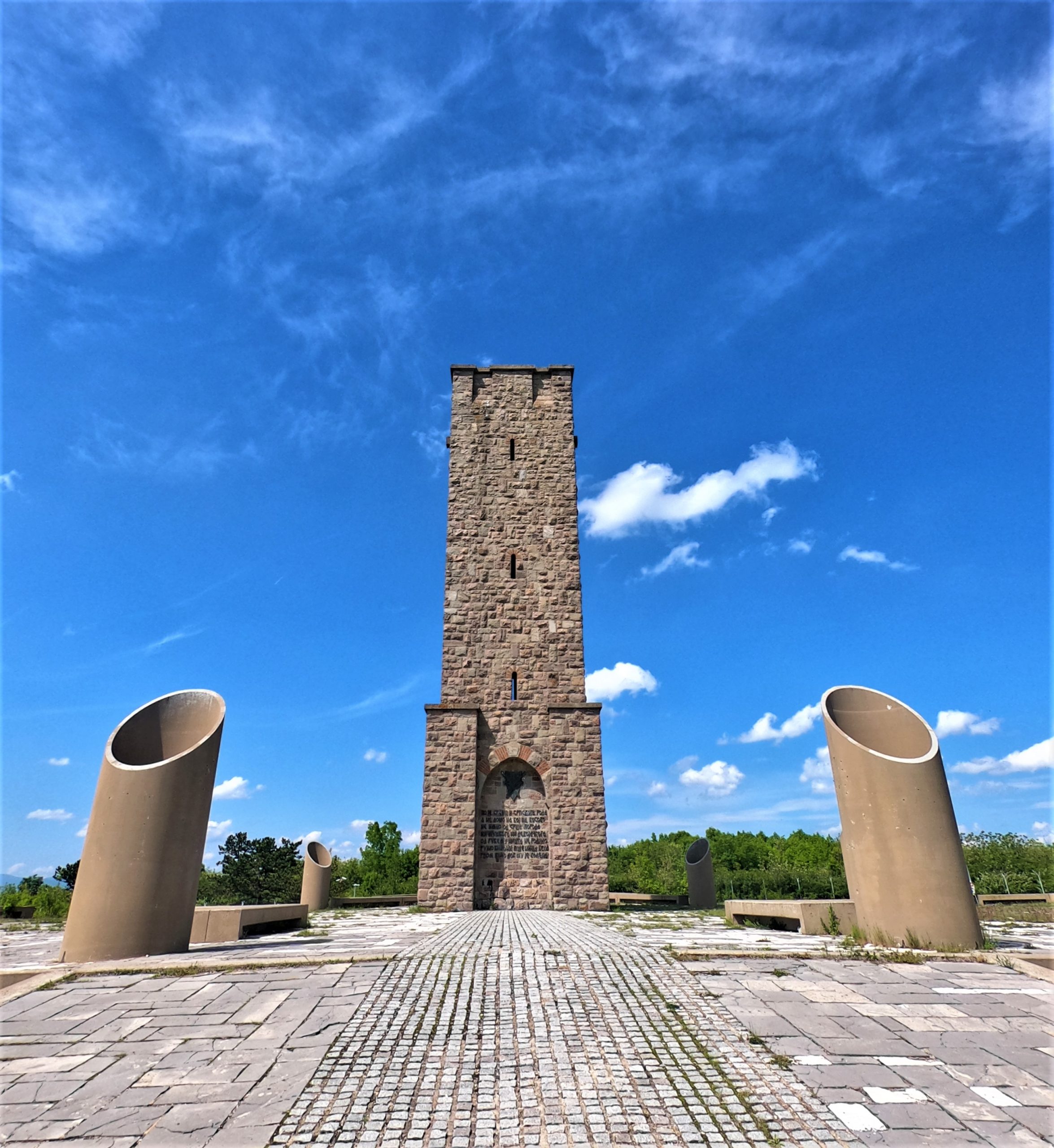