Albania and Kosovo in 10 days

This trip takes you to cultural discovery. You will get to see the most beautiful cultural sites of the land of Eagles – Albania and Kosovo – two countries located in the heart of the Balkans. 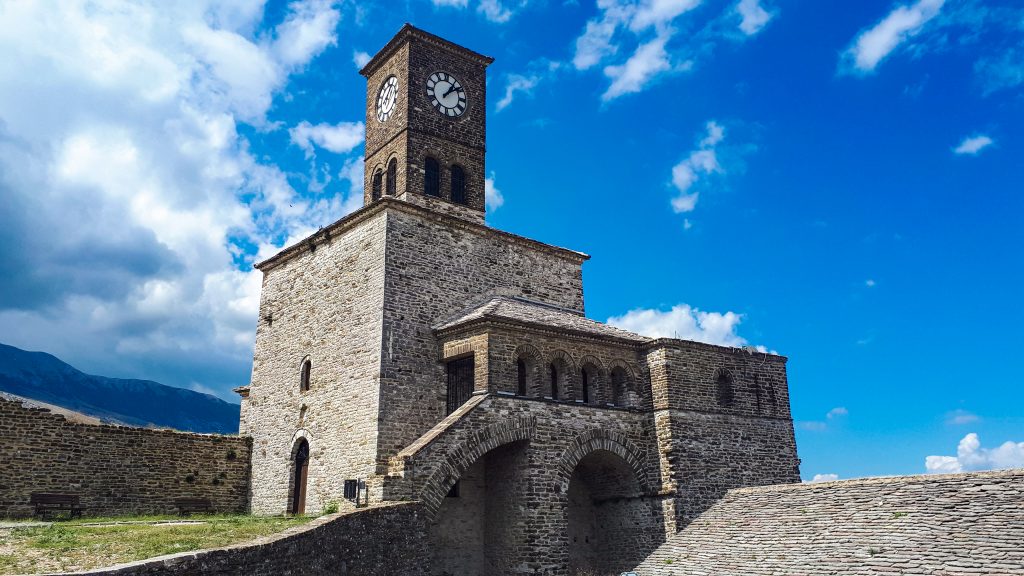 The guided tours can be arranged upon request.

This trip will take you to a Cultural Discovery so you can experience the best of Albania and Kosovo culture. Albania and Kosovo are two amazing countries, and one of the best things about traveling to the land of the eagles is that wherever you go, you are going to be welcomed by the locals. This tour will immerse you in the local traditions of the countries. These small and unspoiled countries have plenty of things to offer. And what makes them even more attractive destinations to visit is that everything around feels just real, not made for tourists!

A private transfer will pick you up at the airport and take you to your accommodation in Tirana. Depending on the time of your arrival, maybe you won’t be able to visit the whole city, but you can continue with the rest of it the next day.

Tirana, the capital city of Albania it is mostly famous for its architecture. It is affected by different eras such as Ottoman, Fascist and Soviet era. It holds a lot of monuments that represent the daily lives of Albanians during the communist regime. There is Skenderbeg Square in the city center surrounded by pastel buildings. It has the statue of Skenderbeu, a national hero of Albania. The National Historic Museum, the Pyramid of Tirana, Villa of Enver Hoxha, Mother Teresa Square, The Main Boulevard of National Heroes and The New Market are some of the places you will see while in Tirana as well.

First, on this day you continue with the city visit of Tirana. You will drive to BUNK’ART, a museum located inside a bunker built in the communist era. Secondly, you will continue to Kruje, a charming medieval village. It is situated among mountainous peaks. Besides its natural charm, boasts an enormous historical importance. After you visit the Casle of Kruja, you will return to Tirana.

Berat is the next stop for you. It is known as the “Town of Thousand Windows”, due to the many large windows of the houses overlooking the town. You will visit the Castle of Berat which stands up on a hill. After that, you continue the visit to Onufri Museum which holds the name of the famous painter Onufri. He left a very rich inheritance. Next you will visit the historic neighborhoods such as Mangalemi and Gorica with their characteristic houses, church, streets made of stone. You have the chance to do some wine tasting. The best place to find and taste extra virgin olive oil is also Berat, famous for its plantations of olive trees as well.

Day 4: Gjirokaster, the city of stone

Today, you will start driving to Gjirokastra. It is known as “The city of stone” because you can see old houses with their roofs covered by original stones. The city gained the status of “museum town” and it is a proud UNESCO World Heritage site. You will visit the medieval bazaar and Skenduli House. This house has many fascinating features as the best model of the local architecture in the 19th century. Next, you continue to the castle situated on the hilltop overlooking the city. This castle has been witnessing to the long and ruthless journey of Albanian people’s struggle for independence.

Today your first stop will be Butrint the Microcosmos of the Mediterranean. This is the first Albanian site included on UNESCO’s World Heritage. The most ancient objects found at the archaeological site in Butrint are a stone hammer and a shaft belonging to the second half of the second millennium B.C. Vlore is the next stop. It has a very special meaning for Albanians since this is the city where they declared the country’s independence from the Ottoman Empire. Furthermore, the beaches of Vlore have very clear water for those who want to take a swim in the afternoon.

Right after breakfast, you continue to Apollonia Archaeological Park. It holds a successful combination between the beauty of monuments and nature. Also, this archaeological park has a Museum of Archaeology inside the old Monastery of Saint Marie. Durres is next, the most ancient city in Albania. It is famous for its huge Roman Amphitheater, the largest one in Balkan’s Pennisula. Also, you can see the bathhouses of the 2nd century A.D and the nearby Byzantine forum with marble columns. In addition to its historical value, Durres is great to take some rest to due the sandy beaches. After Durres, you will drive to Shkoder to spend the night. 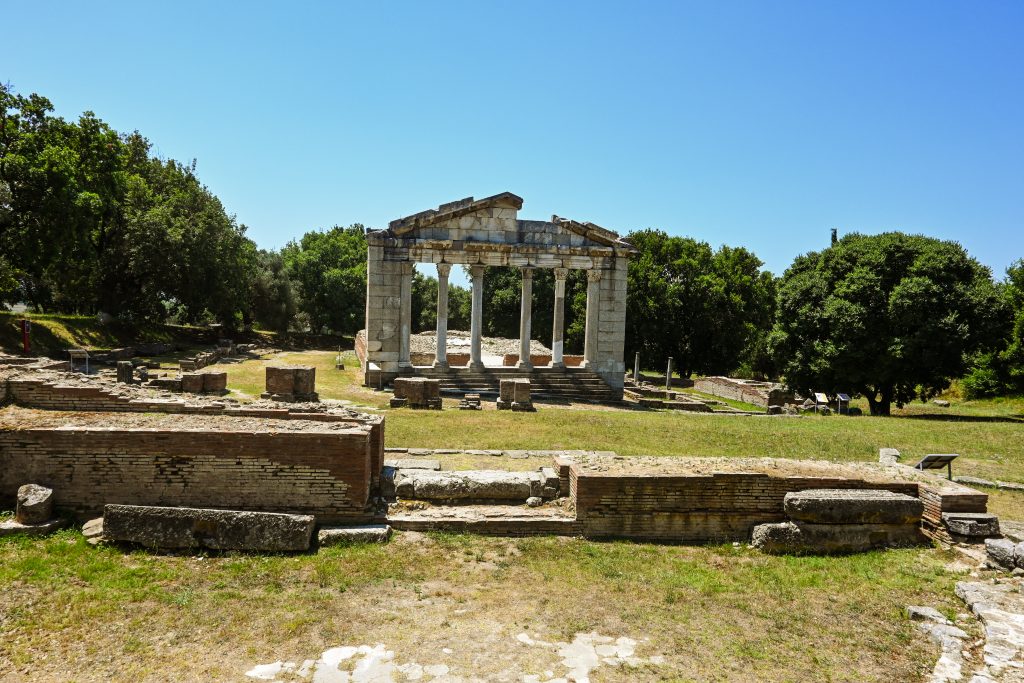 Day 7: Shkoder, one of the oldest cities in the country

Today you will start the trip with a city visit. The center of Shkodra has many beautiful buildings. Some of them are so colorful that they light the whole atmosphere. Small bars with different kinds of designs make you fall in love with the city. You will stop at Marubi’s Museum. It holds the very first picture taken in Albania and about 500 thousands photographs from the Marubi’s dynasty. Also, there you can find cameras and photography objects used for 3 generations. After the visit finishes, you can choose whether you like to visit the factory where the Venetian carnival masks are made or a small artisan factory that makes traditional things from wool, silk and cotton for 5 generations.

Rozafa Castle is the next destination. It represents the main sightseeing in Shkoder. The castle endured the Roman and Ottoman Empires and has three main courtyards. In the last one you can see three rivers (Kir, Buna and Drin)  join each other. From there you will go to Shiroka. While walking beside the lake you can do some bird-watching as Shiroka has a lot of bird species like pelicans, whistles and many more. Also, you can have lunch by the lake and enjoy the view even better. This will be the final destination in Albania before heading to Kosovo. You will go in Prizren to spend the night.

After Albania, this trip will take you through some of the top cultural and natural spots of Kosovo. The trip can be a cultural voyage to Kosovo’s rich multicultural heritage, both ethnically and religiously. Highlights: Patriarchate of Peja, Decan Monastery, Kulla in Isniq, Ethnographic Museum, Wine Tasting, New Born Monument.

First, you start by visiting Prizren, one of the oldest cities in Kosovo. It contains holy sites for Muslims, Orthodox Christians and Catholics, making it a key Kosovo religious city. Many people consider it as a capital of cultural Kosovo – both contemporary and ancient. This blend of old and new makes it as a must-see stop while visiting Kosovo.

On your way to Peje, you will stop for visiting the Decani Monastery, built in 1327, a key part of Kosovo’s religious life. Besides this, you will visit the Kulla in Isniq which is the best example of a family Kulla (tower) found in Dukagjin part. This unique piece of architecture provided a meeting place for families and communities. Then, you continue to Peja. 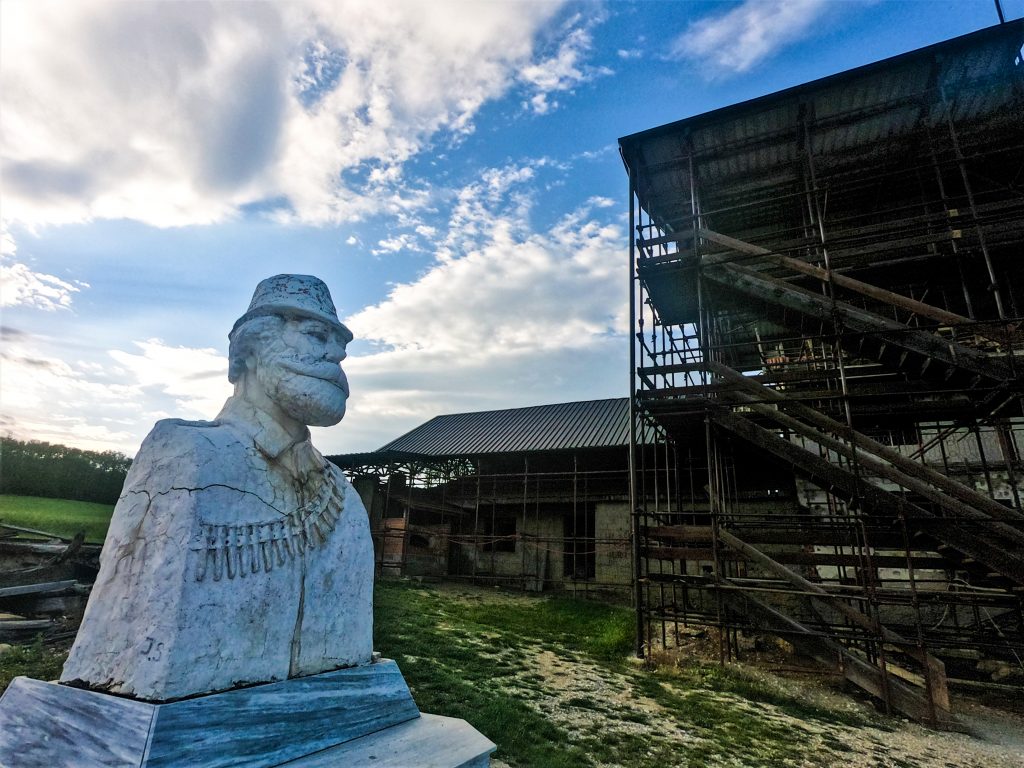 First, you start with a city tour around Peja. You will visit the Patriarchate of Peje and you have the chance to visit the Rugova Gorge as well. Albanians cherish Peja as an important trading town and home to a charismatic leader of the Albanian national movement,Haxhi Zeka.

You will continue to Adem Jashari memorial complex in Skenderaj. This complex honors the founder of the Kosovo Liberation Army. Next, you go to the divided city of Mitrovica and visit the Peace Bridge that links predominantly Albanian and Serbian sides together.

You will finish off with a visit to the capital of Kosovo, Prishtina. Starting the tour at the New Born Monument in the city center. It was built to celebrate the independence day of Kosovo in 2008. First, it was a bright yellow and every year during the independence they give it a new theme representing issues and priorities of Kosovo. Across the street is the Heroinat (Heroines) Monument. It is built to honor the women who were raped during the war. Not far from there, you will continue to Skenderbeg Square. Next, you go to the National Library. It was once named as one of the “ugliest buildings in the world”. Now it has the love it deserves as a part of Cultural Kosovo. The day ends with visiting Bazaar Mosque, the bazaar itself and Kosovo Museum. After all of this, you will go to your accommodation in Prishtina.

This day your trip comes to an end. If the time promises (depending on your departure time) you will visit the Gracanica Monastery. It one of the oldest buildings in the Kosovo religious sphere. Finally, a private transfer will take you to the airport for the flight back.

Transfers during the tour will be private for the group. The private transfer is done by a regular car with air condition

The food in this part of the world will be something you will eagerly anticipate; it is as hearty and welcoming as its people. Expect plenty of grilled meat and vegetables, filling pastries and lashings of honey and cheese. Flia, however, is the country’s culinary superstar and you should not leave before trying it. It’s a dish of pancake-like pastry, layered with cream and yogurt, and pite, a filo pastry with cheese, meat, or vegetable filling. Traditionally, flia is cooked in an outside oven for a couple of hours and served on a huge tray in front of the whole family. Other traditional meals are fërgesë (chopped cheese cooked with peppers and meat), tavë kosi (a casserole of yogurt sauce, rice and lamb), byrek, and fried kaçkavall cheese.

Consider bringing your water bottle to refill along the way, tap water is drinkable. However, if you are concerned about drinking it, bottle water to buy can be easily found in every corner.

The accommodation is in 3-start or 4-start hotels. Rooms are usually double or twins, based on the request. Single rooms at additional cost; limited availability. Sheets and blankets, towels, shampoo, warm water and other basic services are provided at the hotels

Recommended readings for the region

– Language: Albanian. In big cities, many people speak English, but in remote areas this might not be the case. A lot of people may speak also German due to large diaspora in Germano-phone countries.